The Stars Can See

THE STARS CAN SEE

“Melbourne is a city renowned for churning out musicians and its latest son – the unkempt looking Ben Mitchell – looks set to make his mark. After spending a few years in London where he gained some favourable publicity on the live circuit, Mitchell returned to his hometown to record ‘The Stars Can See,’ his debut long-player. As a first foray, it’s a remarkably confident record. Perhaps most surprising is that he has yet to be signed to a major label, but it is unlikely that he will remain homeless for long. Mitchell has a strong voice that adapts well to a number of styles, but it’s his song-writing skills that put him in a league above the litany of anonymous singer-songwriters vying for attention in the wake of the success of David Gray and James Blunt.

Opener ‘Go Now’ is a subdued minor-key ballad reminiscent of obscure Melbourne band Cordrazine but the mood is lightened considerably as Mitchell skips through the breezy ‘Your Hold is Strong.’ Soon, Mitchell sounds as if he’s captured the spirit of Alex Lloyd with ‘I Could Not Love You More,’ where reverb-laden vocals are driven by an ascending 1960’s-style guitar progression. After skipping over a couple of weaker tracks, we find the folky ‘The Stars Can See,’ the sultry ‘Everything’ and hip-cat ‘Kitty Kat’ which sounds like the sassier music used in Twin Peaks. The two closing tunes will appeal to Americana listeners; ‘Extra Mile’ is a sleepy number resplendent with subtle slide playing and woozy acoustic guitar picking reminiscent of Karma County. Yet Mitchell saves his best for last with ‘We Win and We Lose Some,’ a simple but beautiful song that James Blunt would give his eye-teeth to have written.

Kicking off a European tour in September, the singer is beating a well-trodden Antipodean path back to London. Mitchell sounds a major talent on this evidence and is well worth keeping an eye on.” 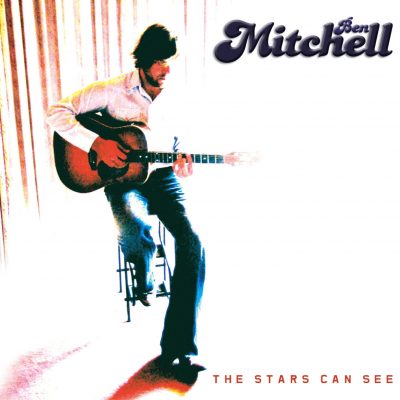 The Stars Can See