Follow and listen to Ben Mitchell on Spotify here:

“You rarely hear political songs that sound so good but Ben has found a way to mix politics and a good ole fashion country hit in one. He speaks on many topics in this country track such as the government, farmers, and more. He creates a protest with firey guitar melodies and flawless vocals.

According to Ben, we have a right to know and I totally agree. “The Right To Know is our right to know the truth. What’s going on behind the closed doors of the governments we, the people, elect to spend our money, our taxes, on creating a better life for everyone; not on creating a life of more restriction, authoritarian control, and fear. Always with the fear.” he explains.”

“Politics are a nightmare wherever you live. It’s not exclusive to the United States – we were blessed with a sliver of joy this week, at the very least – and the fight is never really over. Australian folk singer-songwriter Ben Mitchell clenches his fists around his guitar, the blood vessels popping and the sweat condensing on his brow, but he’s unmoved. “Right to Know” is as fiercely demanding as any political song can be without severing ties to humanity completely. “We’ve got a right to know / Who you’re selling us to / Who’s buying our hope,” he sings. He’s not resigned; he’s just mad and won’t go down without a fight. But his composure is admirable and electric – extending the kind of intense clarity and focus of which we all could use just a pinch more these days.”

“It’s a political song that is for reminding the masses of what they represent. Australian politics is as political as anywhere else, and Ben Mitchell’s fabulously folk clarity of vocals, giddy-up into your senses with vibrant poignancy while making you bop. The fab singer/songwriter, writes folk, country, blues and indie-pop with a little rock, and gathers beautiful hymns of action and fun. Ben’s latest ‘Slow Is The New Fast’ is out now.

“Right To Know is a country protest song.

Though I try to put my energies into things I can control, and generally refrain from voicing my opinions about the government of the day, right now I am uneasy about the growing apathy among ordinary people and the helplessness we are being conditioned, it seems, to accept. It concerns me greatly that new laws are being written and old ones ignored in the aggressive pursuit of truth-tellers—not only journalists but all citizens standing up for liberty.

This country, and others, built on democracy, freedom of speech and freedom of information are in danger of losing something precious, that we, the people, need above almost any other human right: the right to know.

The lyrics of Right To Know cover a range of highly emotional topics from farmers rights, water rights, increasing taxes, the selling off of public assets and the fossil fuel debate; touching too on indigenous land rights. My main goal is not to say what is the right opinion about these topics—though I do think “killing children under orders, don’t make a man, God knows” is self-evident—but rather to say, hey, we have a right to know all sides of any story that touches our lives.

A right to know seems a basic, fundamental right of any true democracy.

So I wrote a song and am sharing it with anyone who might think the same, or not.

Because we all have a right to know.” 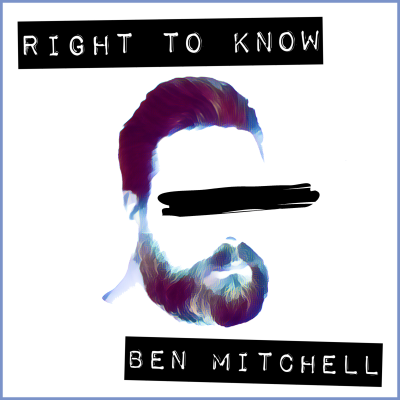